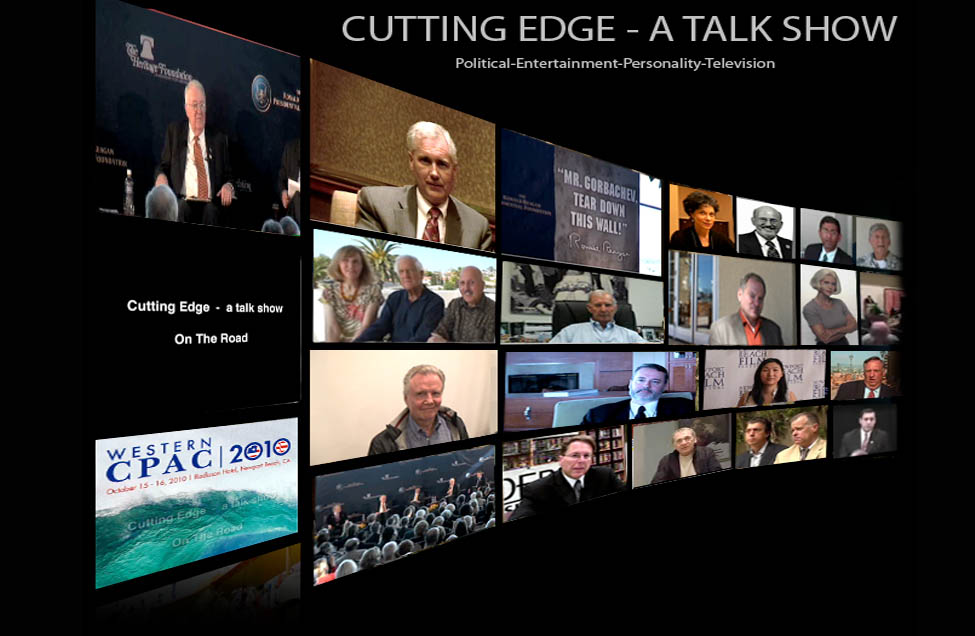 The American dream of a non-biased press, family values, worthy politicians, a ‘Do unto others consciousness” and honesty in government are just that – dreams! The founding fathers and those who have followed, realized that there would always be ‘special interests’ with an agenda that wanted to push their viewpoints onto others. So taking the very best unifying concepts from civilization, since ancient times, they created a “Republican form of democracy dedicated to protecting “the people’ from ‘the system’ called government.
Cutting Edge -a talk show, brings together a provocative group of “individuals” that uniformly believe in the defense of American liberty and freedoms. There are three separate editions of Cutting Edge – a talk show, which are designed and calculated to confront critical issues and notable guests each week.